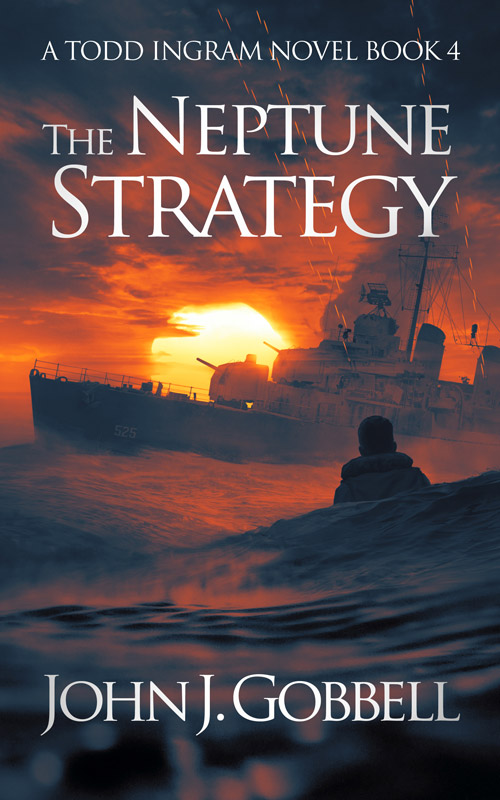 In 1944, the Allies have delivered a stunning blow to Hitler’s Western Front. At the same time, Admiral Raymond A. Spruance’s Fifth Fleet is poised to deliver a knock-out punch to the Japanese Navy in the Marianas and continue the Navy’s island-hoping campaign all the way to Japan.   Read More…

But in the center of this world-spanning drama, a lone Japanese submarine, the I-57, headed for the U-boat pens in L‘Orient, France, is on a mission of a very different kind. And on board is Todd Ingram, a prisoner of war.

Ingram was given up for lost at sea but via top-secret code-breaking, the Navy brass discovers he is on the I-57. But they can’t reveal how this was learned or that they even know it. So Ingram’s close friend, Captain Jerry Landa, is put in charge of a covert “NEPTUNE STRATEGY” to save Ingram. But Landa can’t help himself as he falls for Ingram’s supposedly “widowed” wife Helen, while the top brass demands to know where the Japanese sub is going, who is in command—and what the I-57’s ultimate mission really is.

It’s only until the I-57 makes a secret rendezvous with her sister ship, the I-49, in Madagascar’s Antongila Bay, that Ingram learns this is not just a simple technical exchange mission between Germany and Japan. The I-57’s mission has far more personal, and deadlier ramifications. Worst of all, Ingram discovers the sub’s captain, Commander Hajime Shimada, plans to kill him before they reach Lorient.

★★★★★ Book 4 does not disappoint! The author skillfully and convincingly weaves the complexities of a layered plot in addition to the emotional highs and lows of the main characters.

★★★★★ I know very little about World War II, which makes now this second book that I have read by Mr. Gobbell … so great for me. Because I can tell so much in his writing is true or based on fact. It is amazing to me that he is able to portray so many sides to his story but he does and it is all believable.

★★★★★ It combines history with fiction. It brings alive the horrors of war at sea.

REVIEWS AND PRAISE FOR THE NEPTUNE STRATEGY

“The Neptune Strategy was a great read! I look forward to seeing what Todd Ingram does next.”
—The Late Vice Admiral Patrick Hannifin U.S. Navy retired

Gobbell’s fourth naval adventure (after When Duty Whispers Low) brings series hero Todd Ingram up to the rank of commander and near the end of the war. Datelined chapters span the months from February to October 1944 and skip from California to Madagascar to France. As Ingram’s destroyer, the U.S.S. Maxwell, cuts through the North Pacific, it’s attacked by a Japanese dive bomber. Ingram is rescued from the waves, but since it’s by the Japanese submarine I-57, his troubles are by no means over. In one sense, Ingram’s war is at an end; in another, it’s just beginning. A test of wills as well as of physical strength and endurance unfolds for Ingram at the hands of his captors, who run the gamut from humane to sadistic. In nice counterpoint to this plot line is the experience of Capt. Jeremiah “Boom Boom” Landa, of the U.S.S. Morgan. Landa is assigned to a full-tilt espionage adventure (the mission of the title) involving Nazi U-boats, Swiss banks and even a cameo appearance by Arturo Toscanini. Gobbell’s robust, colorful prose bears more of a resemblance to that of Patrick O’Brian or C.S. Forster than to the language of the gritty, laconic men-at-war tales the novel otherwise models itself after. The story covers and impressive territory, supplemented by multiple maps and a comprehensive list of characters, identified by ship, location, vocation and nationality. This is a solid addition to Gobbell’s developing war chronicle, as much historical fiction as military adventure. (Apr.)
— Publishers Weekly

Back to WWII and the Navy’s Todd Ingram confronting his usual sea of troubles—but finding it doubly hard to keep his head above water. Twice—at different times, in different places, on different vessels—the intrepid but often unlucky Commander Ingram gets swept off decks. The circumstances, too, are radically different. Incident one: June 1944, the North Pacific Ocean. Todd, skipper of the U.S.S. Maxwell, a destroyer, is on its bridge when a couple of bomb-dropping Japanese planes create fiery havoc. The Zeros fail to sink the ship, but a near miss has the effect of exploding the skipper into the drink. He’s not alone. Accompanying him—and in dire need of comfort—is Dexter, the Maxwell’s woebegone monkey mascot, the pair clinging to each other and to a hunk of Maxwell flotsam that fortunately floats by. Along comes spidery Commander Hajime Shimada of the Japanese Imperial Navy, boss of the highly developed submarine I-57, to the rescue—in a manner of speaking. Dexter is fired on, left for dead, Todd hauled aboard to endure virtually nonstop abuse, physical and every other kind. Incident two: Some weeks later, in the Indian Ocean, Todd is on the deck of the surfaced sub, hands bound, facing the bleakest of futures—execution, actually. Again planes swoop down, and again Todd is catapulted into the water. This time, however, the planes are friendlies, and the rescue is not only for real but propitious, enabling Todd to return home to dandle a brand-new baby, cuddle with his gorgeous wife Helen, and then, having been restored to command of his beloved Maxwell, keep a fated Coral Sea rendezvous with the hated Shameda. Gobbell is, as always, at home at sea (When Duty Whispers Low, 2002, etc.); it’s those ho-hum home-front scenes that persist in gumming up the works.
— Kirkus Reviews

Gobbell’s protagonist, World War II destroyer officer Todd Ingram, begins this adventure by being blown overboard from his ship by a Japanese bomb. His rescuer next morning is a Japanese submarine, which begins an odyssey across the Pacific and into the Indian Ocean. On the way, Ingram endures the frequently brutal treatment the Japanese meted out to POWs, and readers get an uncommonly vivid portrait of the Imperial Japanese navy’s little-recorded submarine service in action. Even after he escapes, Ingram’s travels aren’t over, and code-breaking, historical characters such as Arleigh Burke, Yakuza gold, and a thuggish Nazi out to feather his own nest, each play parts in resolving this conflict and preparing Ingram for his next adventure. Gobbell has been reasonably justly compared to W.E.B. Griffin, although he is considerably more concise, perhaps at the price of some desirable background information and fuller characterization. Still, he offers an undeniably seaworthy tale for military-action buffs, and fortunately, Ingram has much of WWII yet to serve…
— Roland Green, Booklist

THE NEPTUNE STRATEGY by John J. Gobbell. This is Gobbell’s fourth book in the series. Commander Todd Ingram finds himself in many dangerous situations and is successful in “getting out” of his dilemmas. As in the previous stories, actual military events, real persons and warship details are carefully woven into the telling of the story.

Destroyer captain, Commander Todd Ingram is blown overboard during a Japanese air attack. Much later he is picked up by an enemy sub. Author John J. Gobbell – himself a former weapon’s officer on a Tin Can – has created a successful action/adventure series built around his character, Todd Ingram. This is Gobbell’s fourth book in the series.

Somewhat like the character Harmon Rabb in the TV series JAG, hero Ingram finds himself in many dangerous situations and is successful in “getting out” of his dilemmas. As in the previous stories, actual military events, real persons and warship details are carefully woven into the telling of the story. In this book, the Mark 24 passive acoustic homing torpedo plays an important role. A German, Martin Taubman is aboard the Japanese sub and slowly develops into the leading adversary of the book. Not to give away too much of the “plot,” but Taubman’s half-brother is the manager of a Swiss bank. Ingram’s continuous beating at the hands of the Japanese seems overdone. His eventual escape from the sub (and a beheading) is also the least plausible event in an otherwise clever and intriguing adventure.

Each book stands alone, and the previous stories are not required reading to appreciate this book. For those who have read the other titles in the series, several of Ingram’s friends reappear—including Captain Landa and Laura West, Lt. Oliver Toliver III, and Helen Ingram, Todd’s wife. TCS has previously posted on its website a review of an earlier Ingram adventure When Duty Whispers Low.
— James Healy, (starred review) Tin Can Sailors, Association of USN destroyer Sailers

Gobbell, who lives and works in Orange County, continues his World War II best-selling adventure series with this forth installment. His experience as an officer on a destroyer in the South China Sea brings authenticity to his plots that include the siege of Corregidor, battles in the Solomons, and the ambush of Japanese Admiral Yamamoto. In this novel, Commander Todd Ingram is on the bridge of his destroyer when it is jumped by Japanese dive-bombers. Rocked by massive explosions, the ship barely escapes, but Ingram is blown overboard. Picked up by a Japanese submarine, he is brutalized while the vessel heads to Lorient, France, to drop off a German attaché who is on board. Gobbell tells a fine tale of war that takes you from the Pacific to France and back to the Coral Sea for a final showdown between Ingram, the German, and the Japanese sub commander. Rousing.
— Orange Coast, The Magazine of Orange County 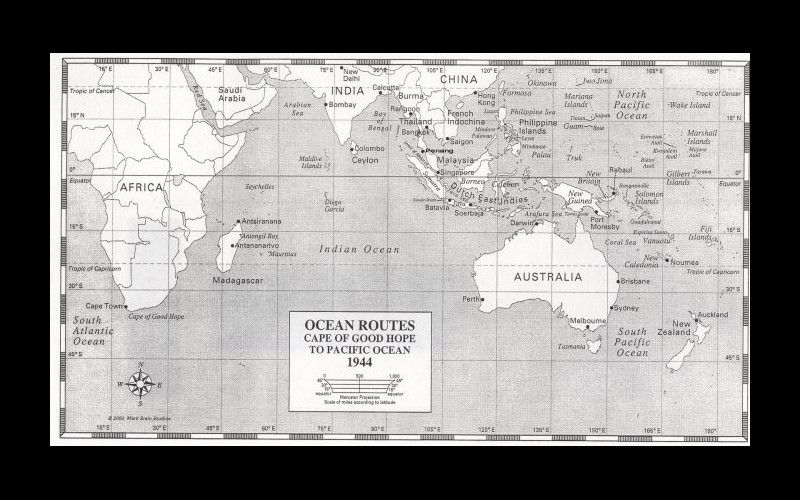 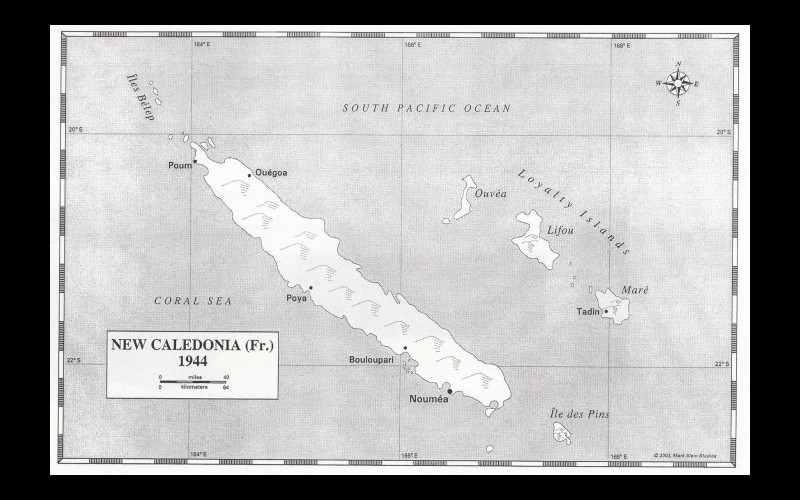 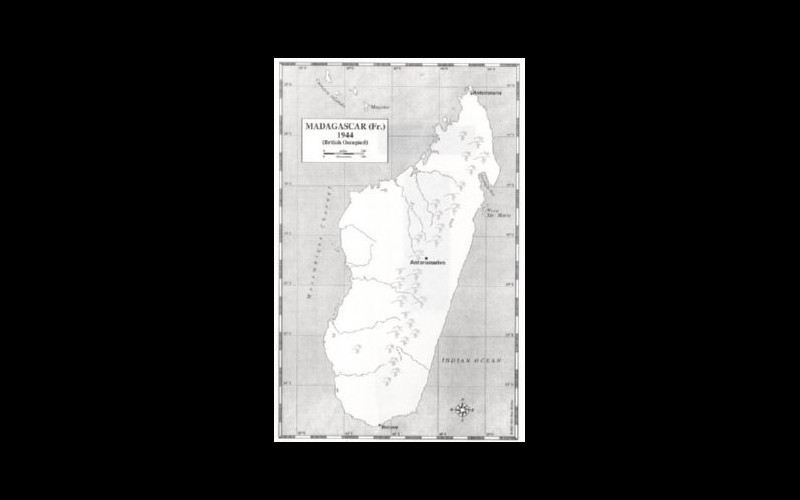 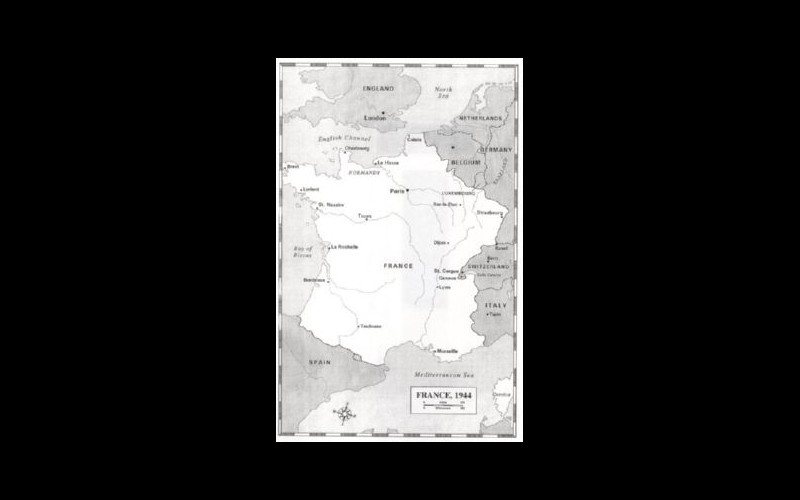 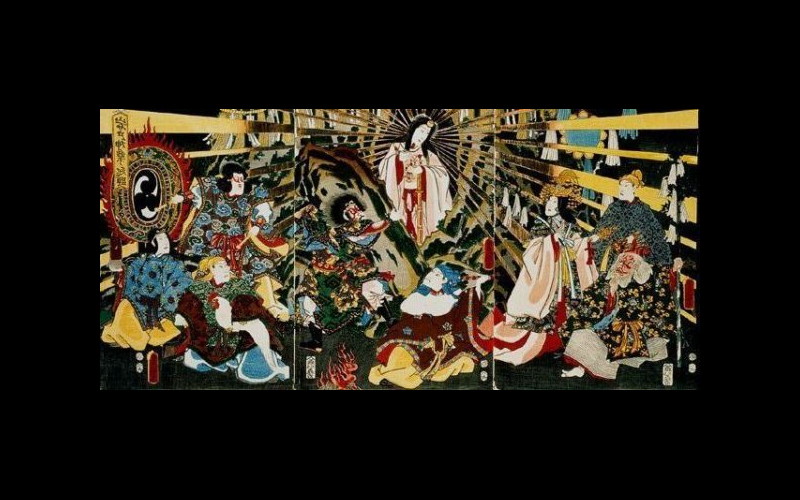 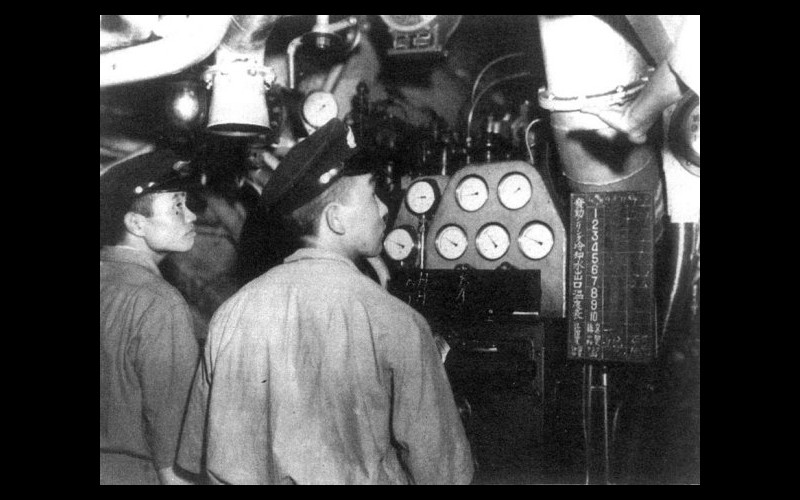 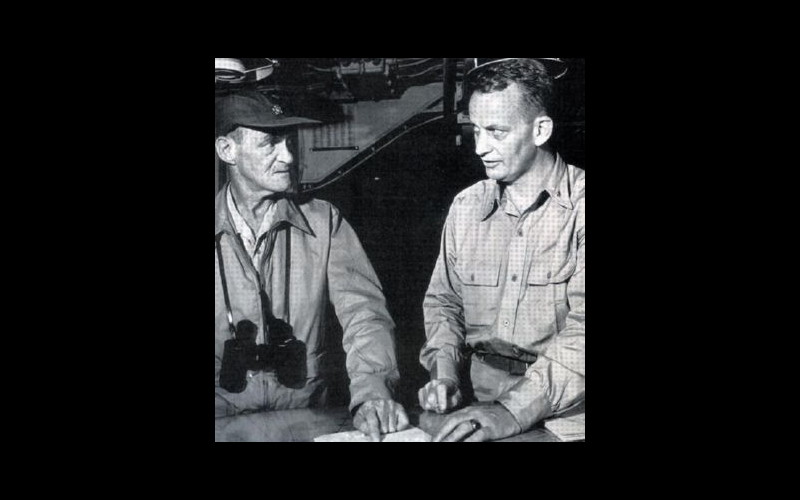 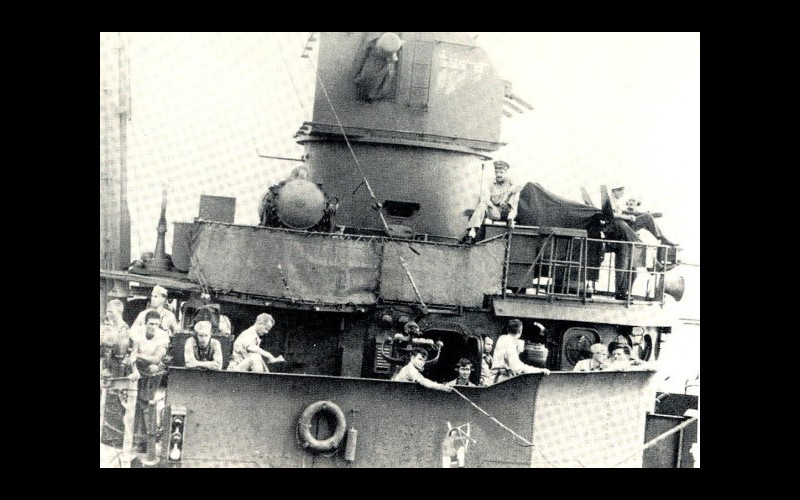 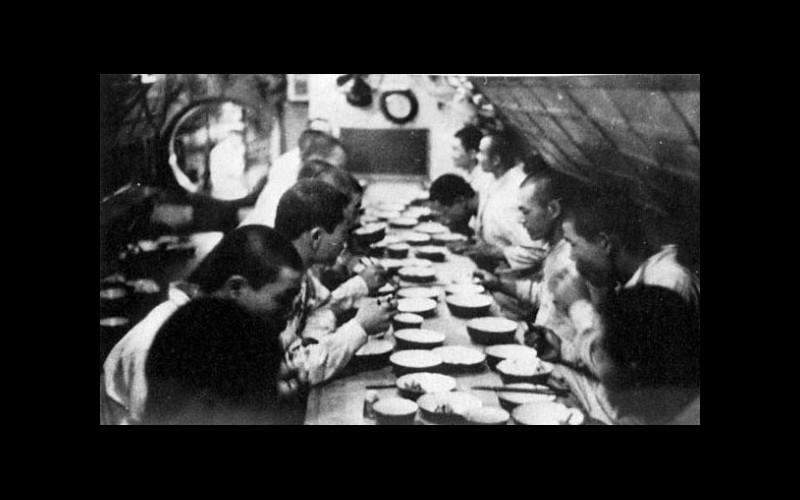 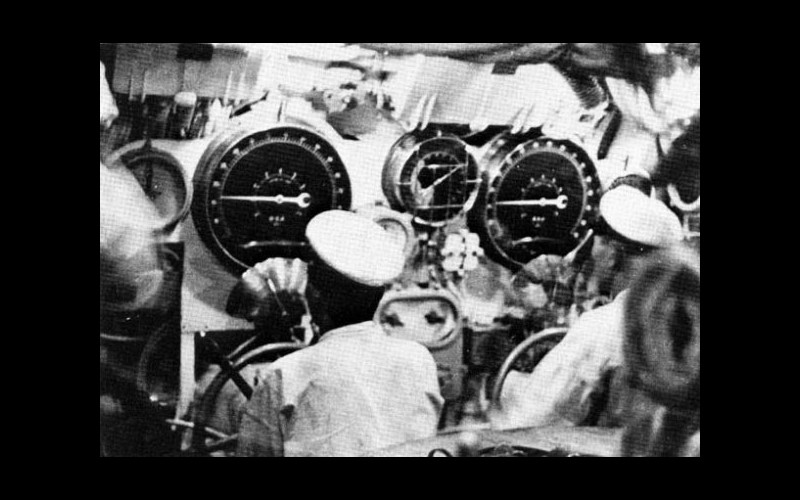 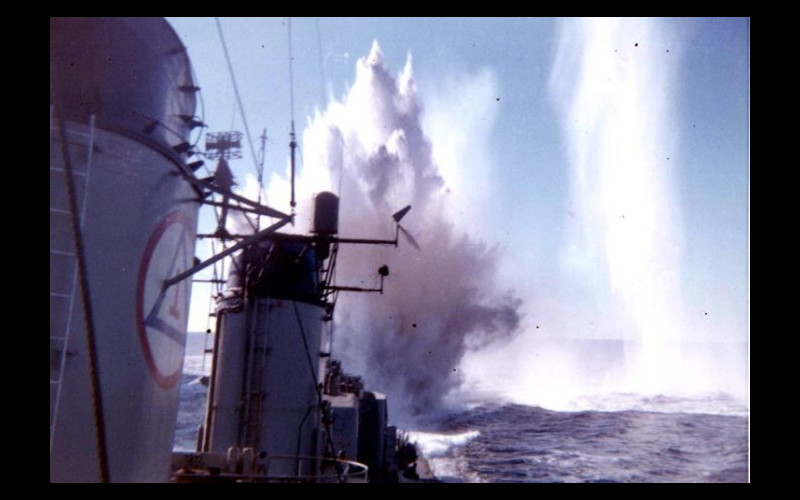 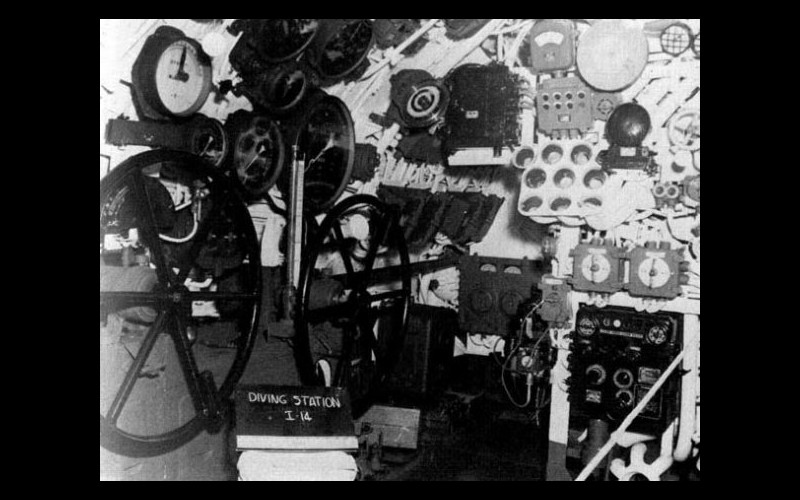 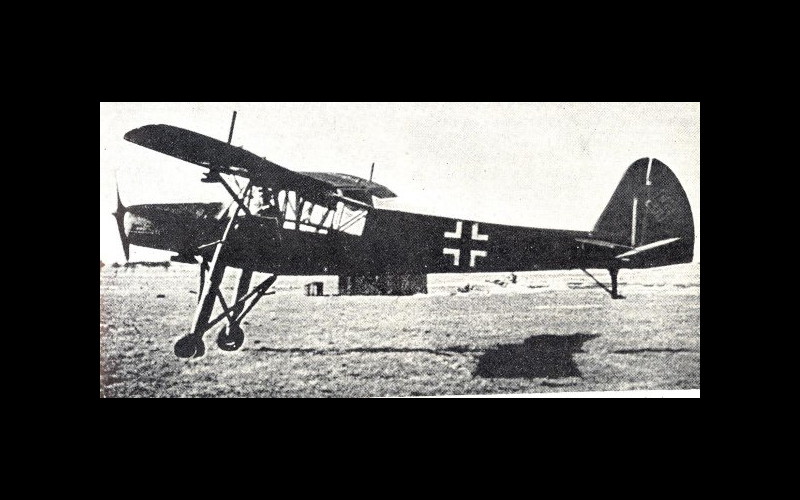 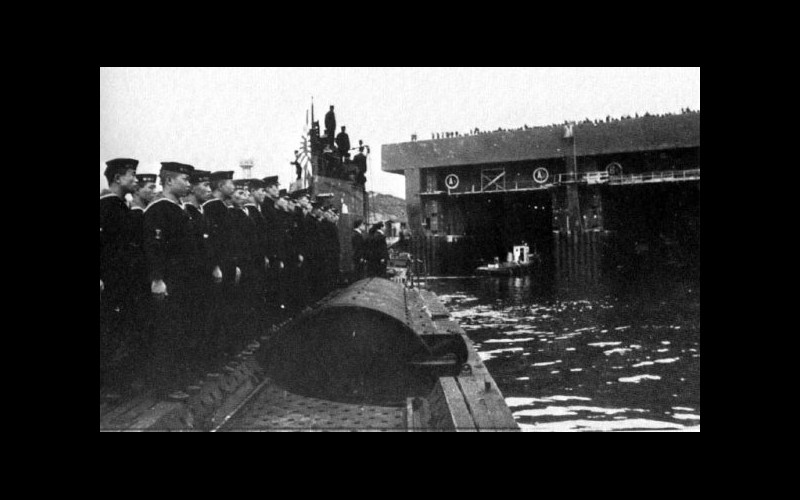 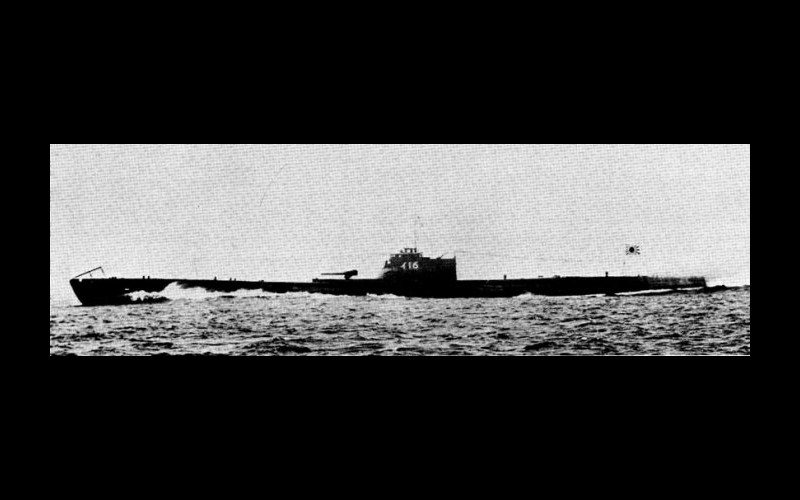 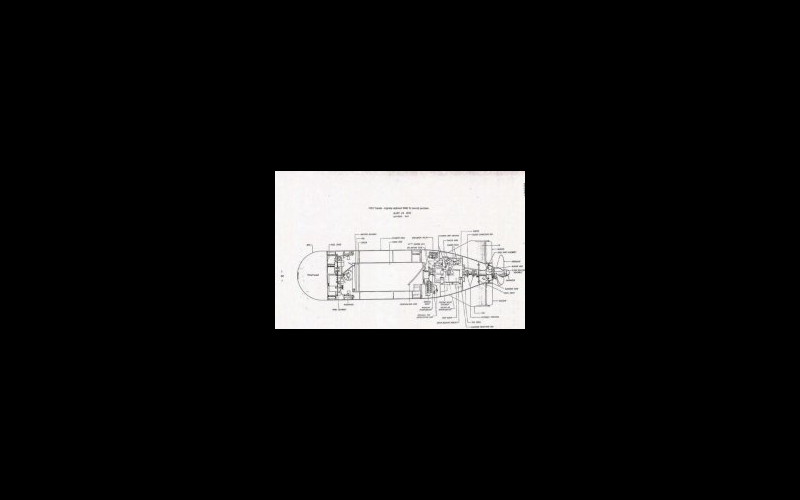 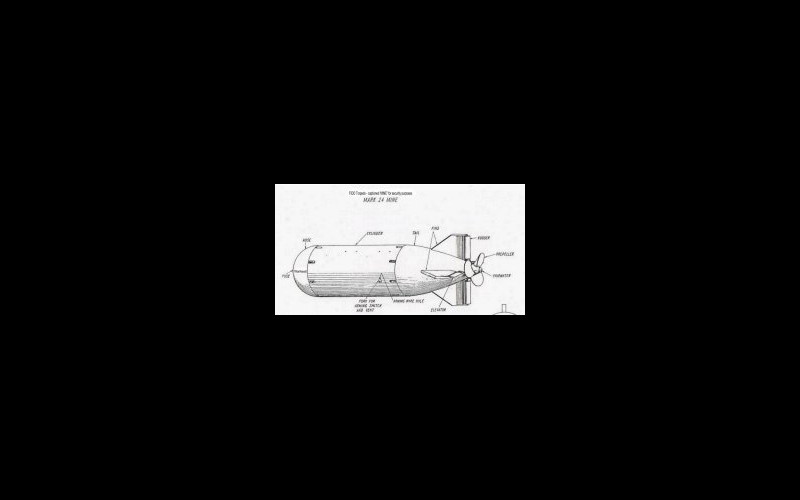 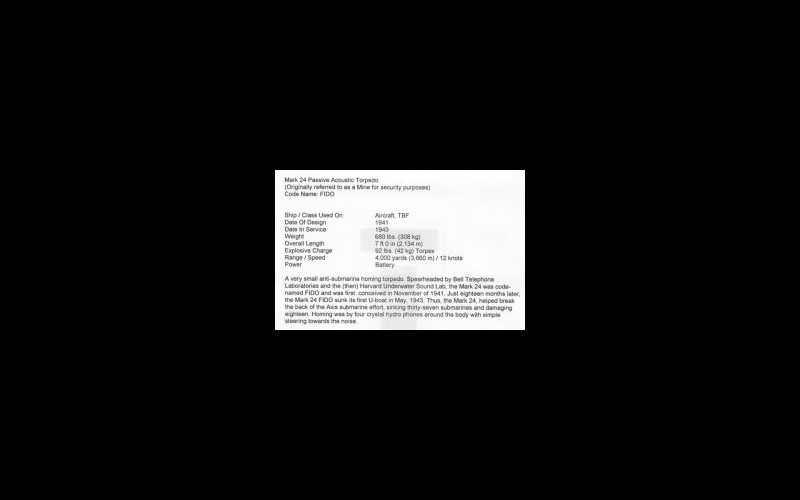 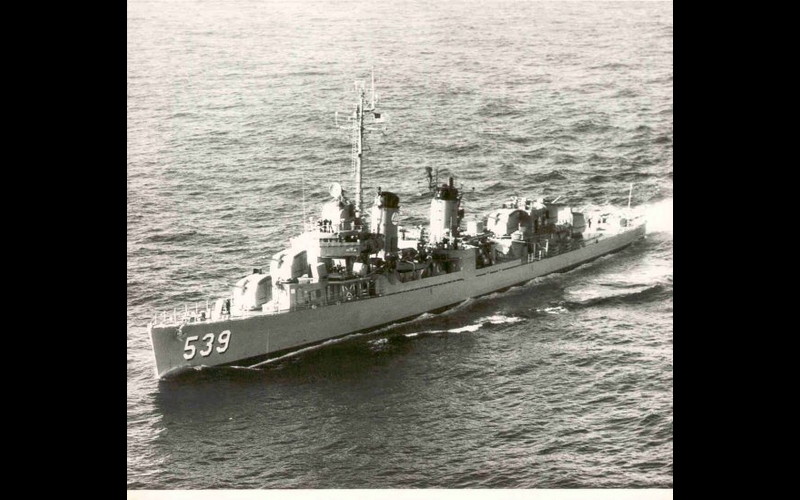 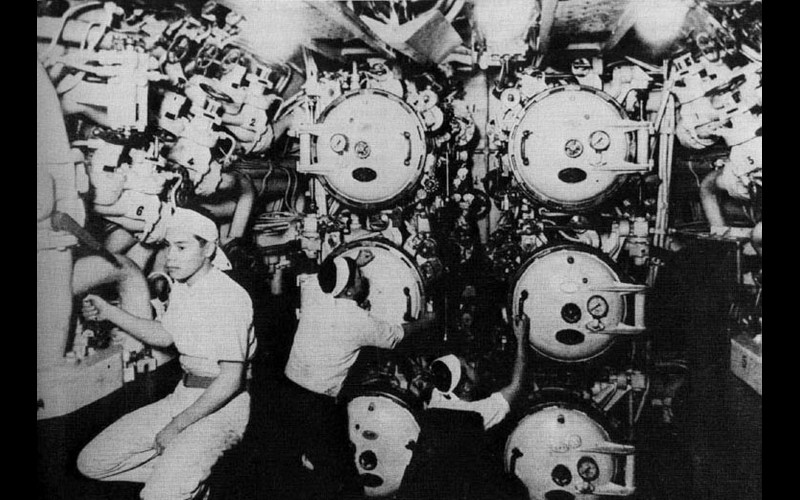