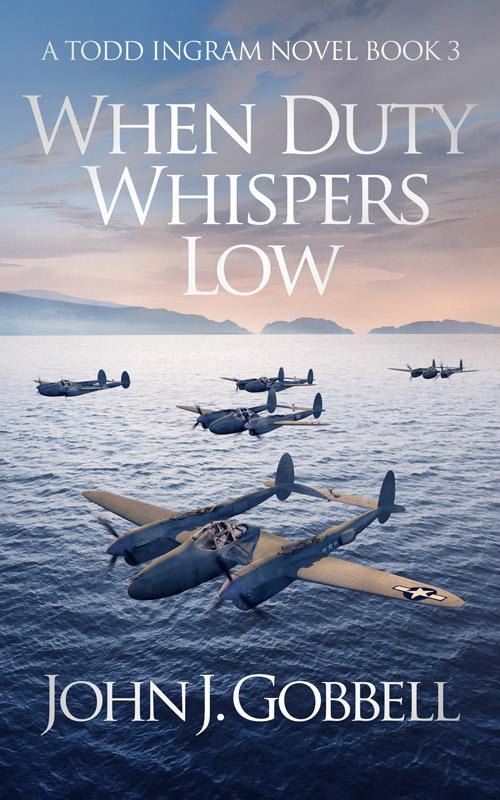 With THE LAST LIEUTENANT and A CODE FOR TOMORROW, John J. Gobbell has firmly established himself as one of today’s leading authors of epic war novels. His hero, Todd Ingram, has proven to be one of the most fascinating and endearing characters in the genre. Read More…

In WHEN DUTY WHISPERS LOW, Lieutenant Commander Ingram faces his biggest challenge to date as his best friend turns against him when the chips are down. It’s 1943 and the U.S. Navy is caught in a fierce battle against the Japanese in the South Pacific. At stake is the Allies newly won Guadalcanal in the Solomon Islands. But Isoroku Yamamoto, Admiral of the Combined Fleet and architect of the surprise attack on Pearl Harbor, desperately wants Guadalcanal back.

Calling it “Operation I,” Yamamoto throws everything into the foray, scraping together top-line dive bombers and torpedo planes from all over the Pacific to carry out a series of Pearl-Harbor sized bombing raids in the Solomons. In response, the Allies introduce the proximity fuse to the fleet a top-secret anti-aircraft detonator that can greatly assist the U.S. Navy in their desperate fight against Japanese dive bombers and torpedo planes. However, in the heat of battle Commander Jerry Landa refuses to use the fuse—and pays the price as his ship, the USS Howell, is torn in half by Japanese “Val” dive bombers.

Lieutenant Commander Todd Ingram confronts Landa, questioning his authority as the two become enemies in the midst of battle. As Ingram and Landa fight to survive “Operation I,” Yamamoto personally directs the raids that will return him to the glory of December 7, 1941; raids that will facilitate the recapture of Guadalcanal and that will cripple the United States Navy forever.

Filled with epic battles, romance, and the brutality of war, John J. Gobbell has crafted a tale that will transport the reader into the South Pacific during World War II—a story as vibrant and stunning as anything he has ever written.

★★★★★ This was an absolutely fabulous book. The WWII action was spot on and very engaging. I was not disappointed in any way. I have read 4 other books by Mr. Gobbell and they were excellent as well.

★★★★★ John Gobbell writes historical novels about WWII naval action. This is right on target and I couldn’t put it down. I served on the Fletcher Class destroyers that he writes about and his writing is technically accurate and very interesting.

★★★★★ This WWII novel captures the “feel” of how desperate and dangerous people’s lives were back when the Greatest Generation saved the world from tyranny. The fast pace and twists and turns make this book a wonderful way to enjoy an afternoon on the beach or tucked into the corner of your Den.

REVIEWS AND PRAISE FOR WHEN DUTY WHISPERS LOW

The fourth novel from the writer of historical military thrillers (The Last Lieutenant, A Code for Tomorrow) combines two actual events from 1943—the killing of Isoroku Yamamoto and the introduction of proximity fuses into antiaircraft artillery shells—which the author (himself a veteran naval officer) highlights as watershed moments in the Pacific theater of WW II. Opening in the wake of the Japanese withdrawal from Guadalcanal and the attendant brutal naval battles, the novel follows the story of Commdr. Jerry Landa and Lt. [Commander] Todd Ingram, the skipper and executive officer, respectively, of the U.S.S. Howell, a destroyer on patrol in the notorious “Slot” of New Georgia Sound. Landa’s brother, Josh, working on top-secret proximity fuses for American antiaircraft shells, is killed during a research accident. When ammunition with the new fuse turns up at the Howell, the grieving Landa prohibits their use in his ship’s guns. Predictably, the Howell is crippled in a Japanese air attack and forced to beach on an island. A subsequent battle with Japanese Marines and a dramatic evacuation by PT boat leads to a race between navies to get to the store of the new ordnance in the Howell’s hulk. Extensive subplots featuring the cast’s many principals (Landa’s romance with the widow of one of his KIA friends and Ingram’s stalking by a U.S. government assassin over a security breach) round out the action, but it is the convincing historical detail—from the grim Guadalcanal mortality chart to the “monster” battleship Musashi and the famous victory missive “Pop Goes the Weasel”—that really distinguishes this book from the competition. (Mar. 21)
— Publishers Weekly Book Review

Gobbell continues the adventures of refreshingly human Annapolis grad Lieutenant Commander Todd Ingram, still on the destroyer Howell and in the thick of South Pacific shootups. The Howell’s skipper, Jerry Landa, is a hard-charging Brooklynite whose little MIT-grad brother Josh is at work on one of the Navy’s newest weapons, a wee radar-brained antiaircraft shell that will detonate when it nears its target seemingly a great improvement on the current ammo, though Josh has secretly warned Jerry not to use the shells if they come his way. Which they do. As do the Japanese, who blast the Howell and cause the crew to abandon ship. Word gets out that Landa might have saved the craft if he hadn’t listened to Josh. An enraged Ingram takes a poke at his commanding officer and returns to Long Beach to pick up a new command and dally a bit with Mrs. Ingram—except that she’s been mysteriously whisked off to Africa, even though she holds secrets too hot to let her go anywhere near enemy lines. Somebody’s been messing with the Ingram’s lives, but they don’t realize it. Just as he’s assuming command of a new destroyer, that ship gets shot out from under him too. Good thing he doesn’t know that Frank Ashton, the evil director of the fuse program has set machinery in motion to have him neutralized. Fuses, a government assassin, the great Admiral Yamamoto, some cowboys in those PT boats Jack Kennedy used to drive, and the good guys from the Howell all come together off Guadalcanal to sort things out in some agreeably tense action.

The women are matronly babes, everybody says “swell” with a straight face, and the skullduggery is hokey. But, jeepers, it’s the 40s. And the seagoing stuff is dead-on.
— Kirkus Reviews

The sequel for A Code For Tomorrow, this is Gobbell’s third book featuring Lt. Commander Todd Ingram and his exploits during World War II. It begins with Ingram as the executive officer of the USS Howell, a destroyer in the South Pacific. As the war takes its toll of men and ships, he must make some important decisions: will he take command of his own destroyer or accept a post at home to be near his wife? Ingram must also resolve whom to trustBhis old friend and commanding officer, Jerry Landa, or the navy’s rising star, Captain Ashton. The battle scenes are frequent (there is a war on after all), straight forward and realistic. Gobbell knows how to keep the story moving without overdoing the mayhem. In fact, things frequently get muddled when the action breaks and characters are left to interact with one another; they repeat themselves and quarrel for no good reason. While this may be true to life behavior, it’s a drag on the narrative. Thankfully, the battles soon resume, and the book regains its edge. Fans of World War II fiction and David Poyer’s novels will enjoy this latest entry. Recommended for all public libraries.
— Patrick J. Wall, University City P.I., MO Library Journal

The period of February to June 1943 was a relatively quiet time in the Pacific War. American and Japanese forces were reeling from the massive expenditures of ships and manpower in the lower Solomons campaign, with the Japanese suffering the worst end of the bargain. The loss of Guadalcanal was a strategic setback.

At this time, 13 Essex-class carriers, quickly followed by another block of 11, were preparing to stem for the war zone. Soon, they were to become the major weapon for Adm. Chester W. Nimitz’s drive across the Central Pacific. But for the time being, the South Pacific Force was down to one carrier, the others having been sunk or damaged in the bloody battles in the lower Solomons from mid-1942 to early 1943. Thus surface forces in the Solomons were instructed to “keep pushing the Japs around a stalling tactic until new carriers and capital ships arrived.”

The plot of When Duty Whispers Low evolves during the U.S. Navy’s epic battle with the Japanese in the South Pacific with the American invention of a top-secret detonator called a proximity fuse—a device that will help U.S. ships combat Japanese dive bombers and could turn the course of the war. Yet in the heat of battle, Capt. Jerry Landa refuses to use it—and pays the price. His ship, the USS Howell is torn in half by Japanese planes. Lt. Comdr. Todd Ingram confronts his captain about his refusal to use the new device and soon learns a deadly secret that could destroy the U.S. Navy, even as it prepares to battle its deadliest foe—the Japanese commander Isoroku Yamamoto.

This novel is filled with classic battles, romances, backbiting, plus the brutality of war. The reader is transported to the South Pacific during WW II. Readers can smell the smoke and sea water, hear the explosions and screams and feel the relief of surviving a Japanese air strike.

This is an exciting read by an author who knows how to spin a story. John J. Gobbell has emerged as a top writer of military thrillers. His first three novels, A Code For Tomorrow, The Last Lieutenant, and The Brutus Lie, received critical acclaim. He is a former Navy lieutenant who served in the 1960s as a destroyer weapons officer. The wide scope of the Pacific Theater is the perfect backdrop for his latest. You’ll find it hard to put down. ”
— Arthur Shoemaker, Tulsa World 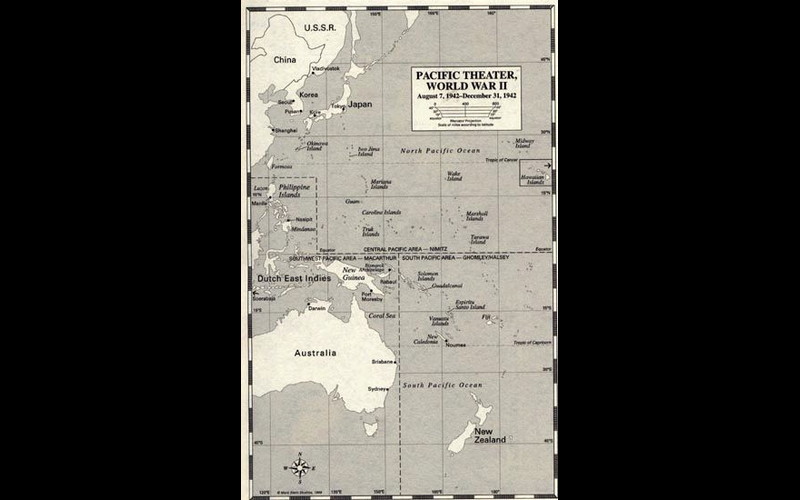 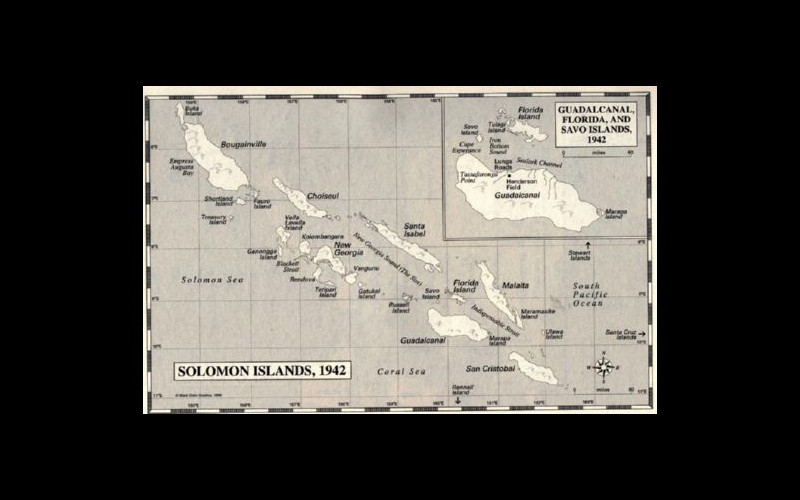 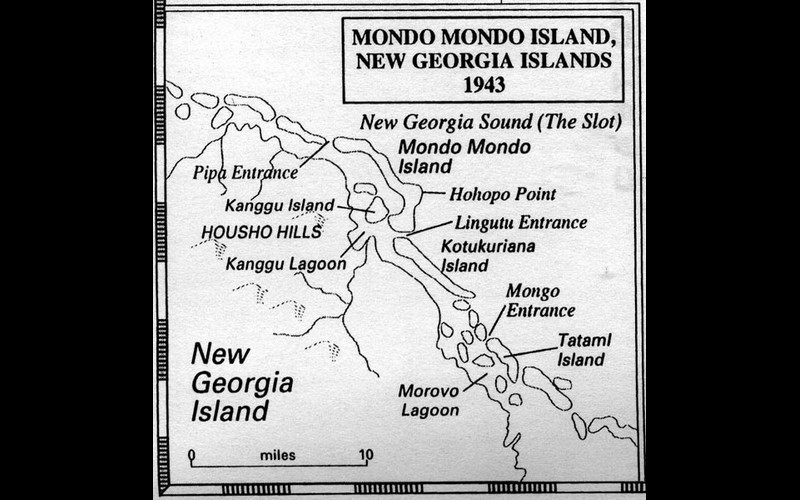 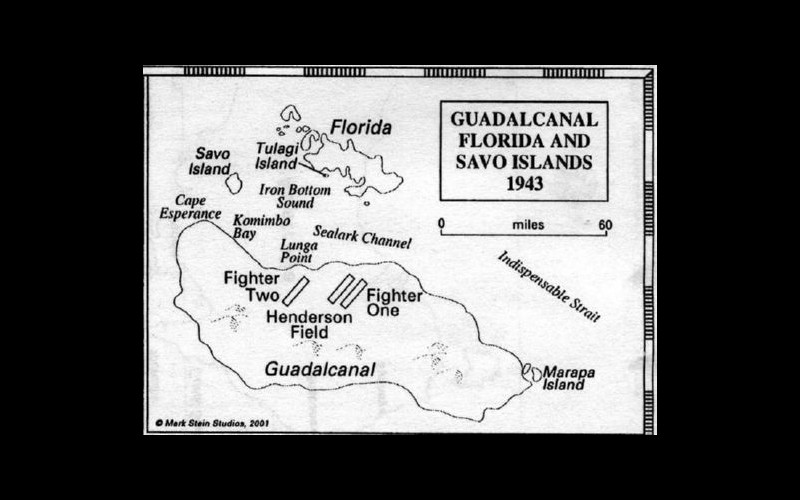 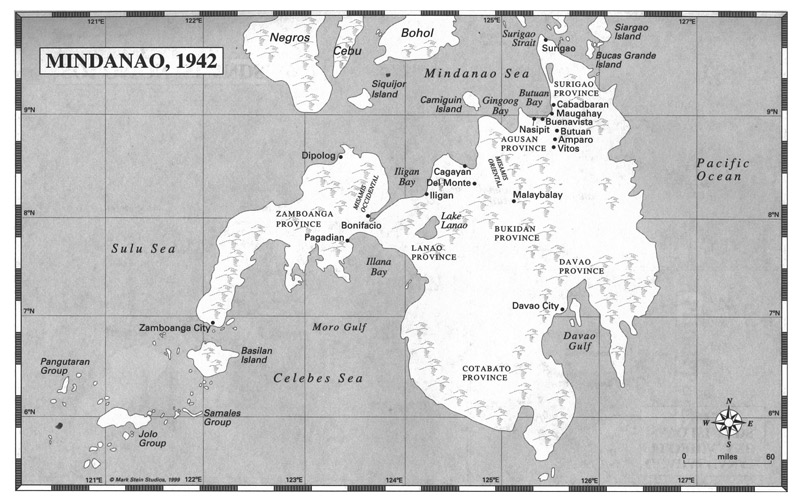 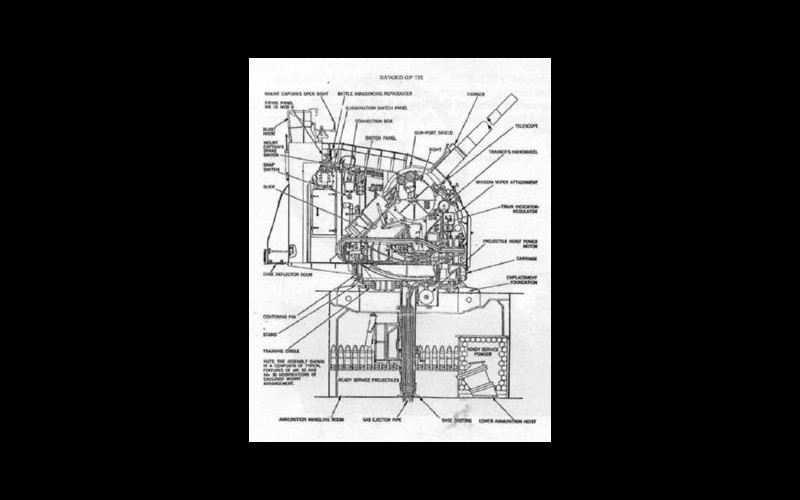 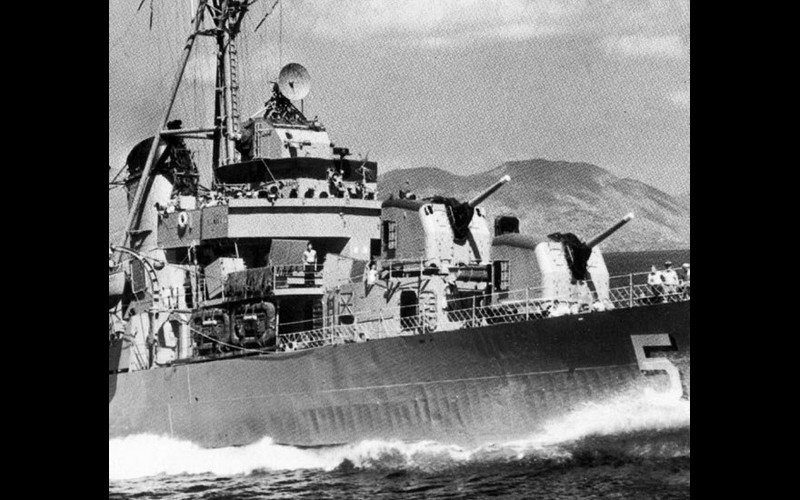 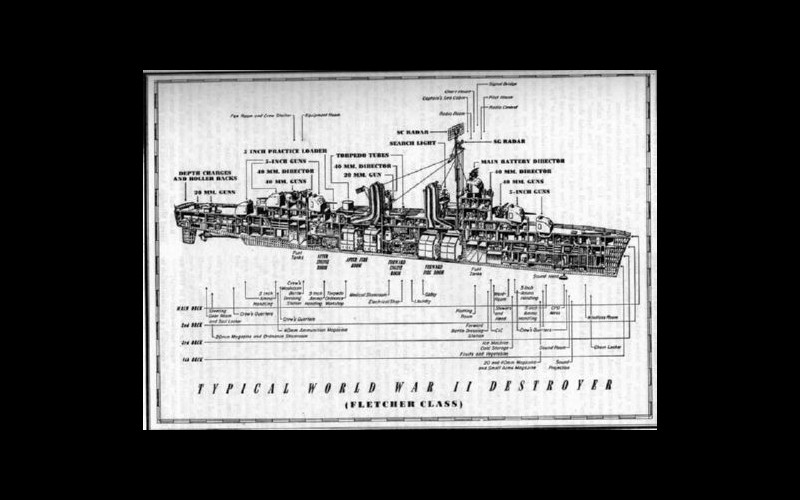 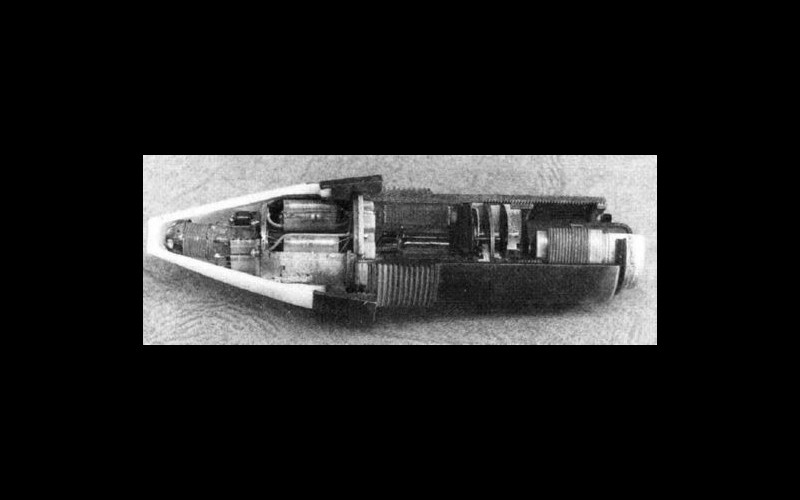 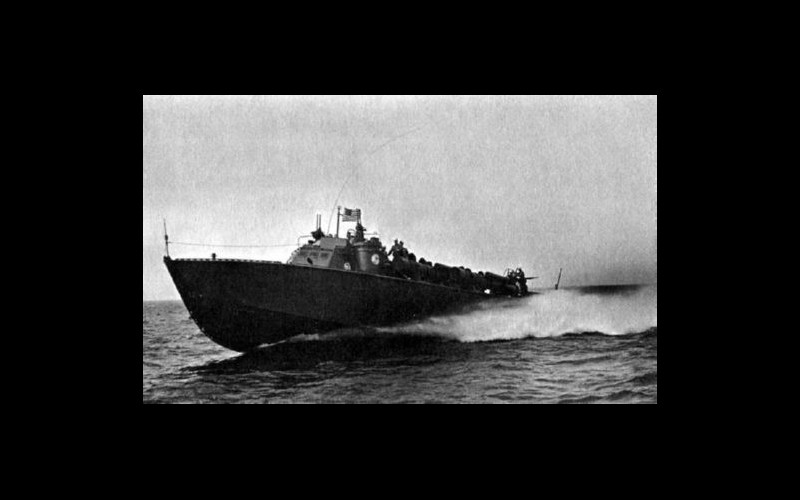 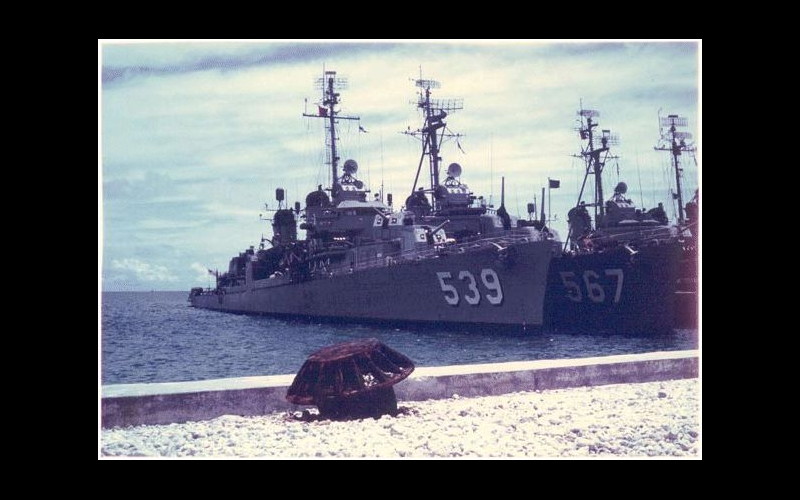 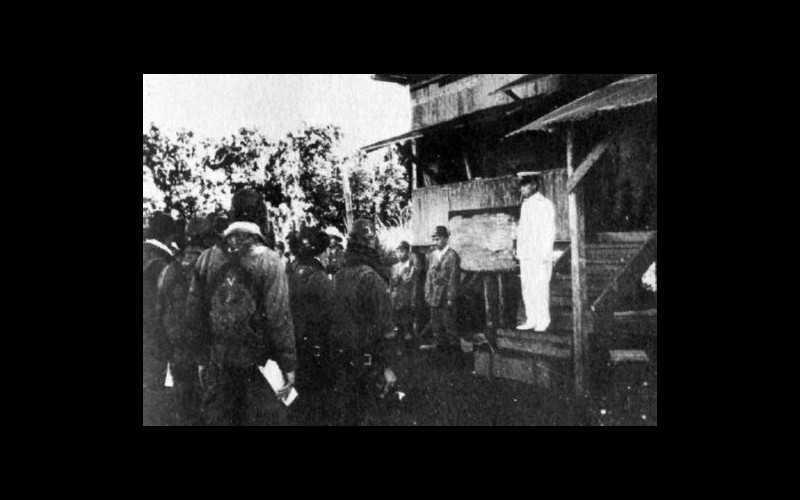